You may have bravely tackled the Tehran Metro’s women’s compartment at peak hours, squashed like sardines in a can in a sea of black and brown. You may have desperately flagged down a share taxi, conveyed your destination in Persian, actually reached your desired destination and even paid the correct fare (what with the gazillion zeroes and the rial-toman hacks).

But you haven’t been truly initiated into the system until…

I was walking through the crowds with purpose near the Seeyo-se Pol (bridge with 33 arches) in Isfahan.

That’s when I spotted her, a figure in black, on the pavement through the corner of my eye. The reason she caught my attention? She stood alert, facing the crowd.

I hadn’t realized that I’d instinctively turned towards her as I walked by.

She nodded at me, smiled and lifted her hand, palm facing downward, and gestured that I tuck in my hair in the front into my scarf.

My heart skipped a beat. I’d only recently watched Rick Steeve’s adventures in Iran (shot in 2011, a more sensitive time) where he specifically mentioned that foreign tourists were ignored. Ignored! (On further thought, perhaps you do need to be a woman in any situation to decide what a woman may or may not go through.)

Snapping back to reality.

My reaction you ask? I can say this much. I may or may not have scowled at the lady by the end of the episode.

Okay, I may have scowled without realizing after I adjusted my scarf which meant that the very next second I was walking away as fast as my legs could take me fervently hoping that a pack of cackling, chador-clad women wouldn’t follow behind.

In my short time here, it’s become quite clear to me that I can pass off as being Iranian. Specifically, as a “pretty young lady from the southern provinces” as one chap flatteringly put it. 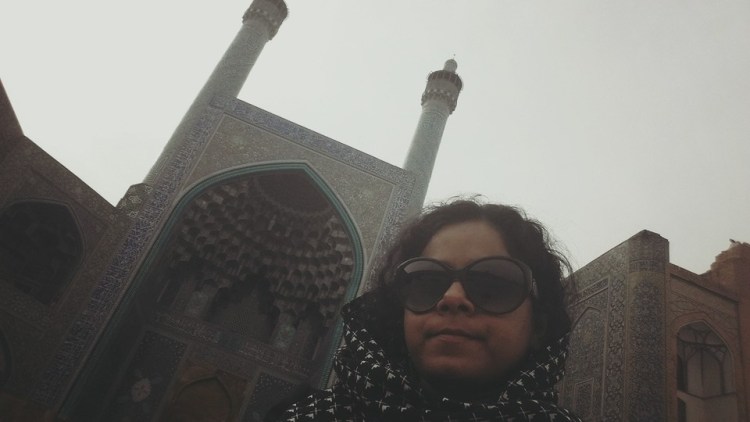 I’ve been asked directions (and a gazillion other things that I’ve no clue about) by the local women. I seem to play the part convincingly until I actually speak to someone in English (because the problem is too complicated to explain in Persian) or not comprehend what they rattled off to me in heavy duty Persian.

The chador-clad moral police lady saw her chance and seized it to convey her message… politely.

I stress politely because later that night I befriended a female Swiss tourist who mentioned that the very same lady gave two young Iranian ladies a good dressing down (or up?) the same evening. The tourist, like me, received her message with a smile.

So, believe it or not, I am now actually more relieved that I was taken for a tourist more than anything else in the world. 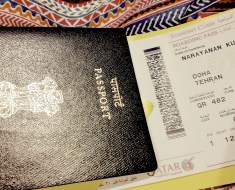 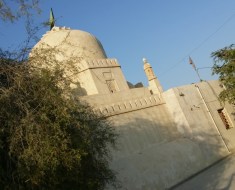 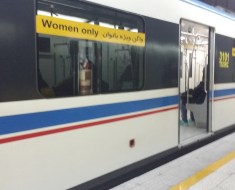 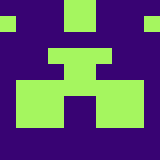